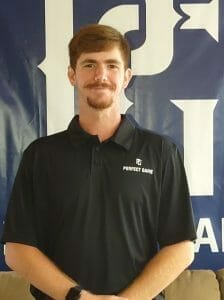 Scott Shearer, a native of Coldwater, MS joins the Perfect Game Midsouth staff at USA Stadium as the resident Perfect Game Scout. He is an alumni of Union University where he received his Bachelors in Sport Management, and pitched for the baseball team, graduating in 2019.

For the last two years Scott has been on the coaching staff at Jackson Christian School in Jackson, TN. Before joining the Perfect Game Midsouth staff he was an assistant coach on the Henderson Flash, a collegiate summer team in the Ohio Valley League where they won their second division championship in five years since they joined the league.

Scott has experience coaching all levels of play from junior college, NAIA, NCAA D2 to D1.