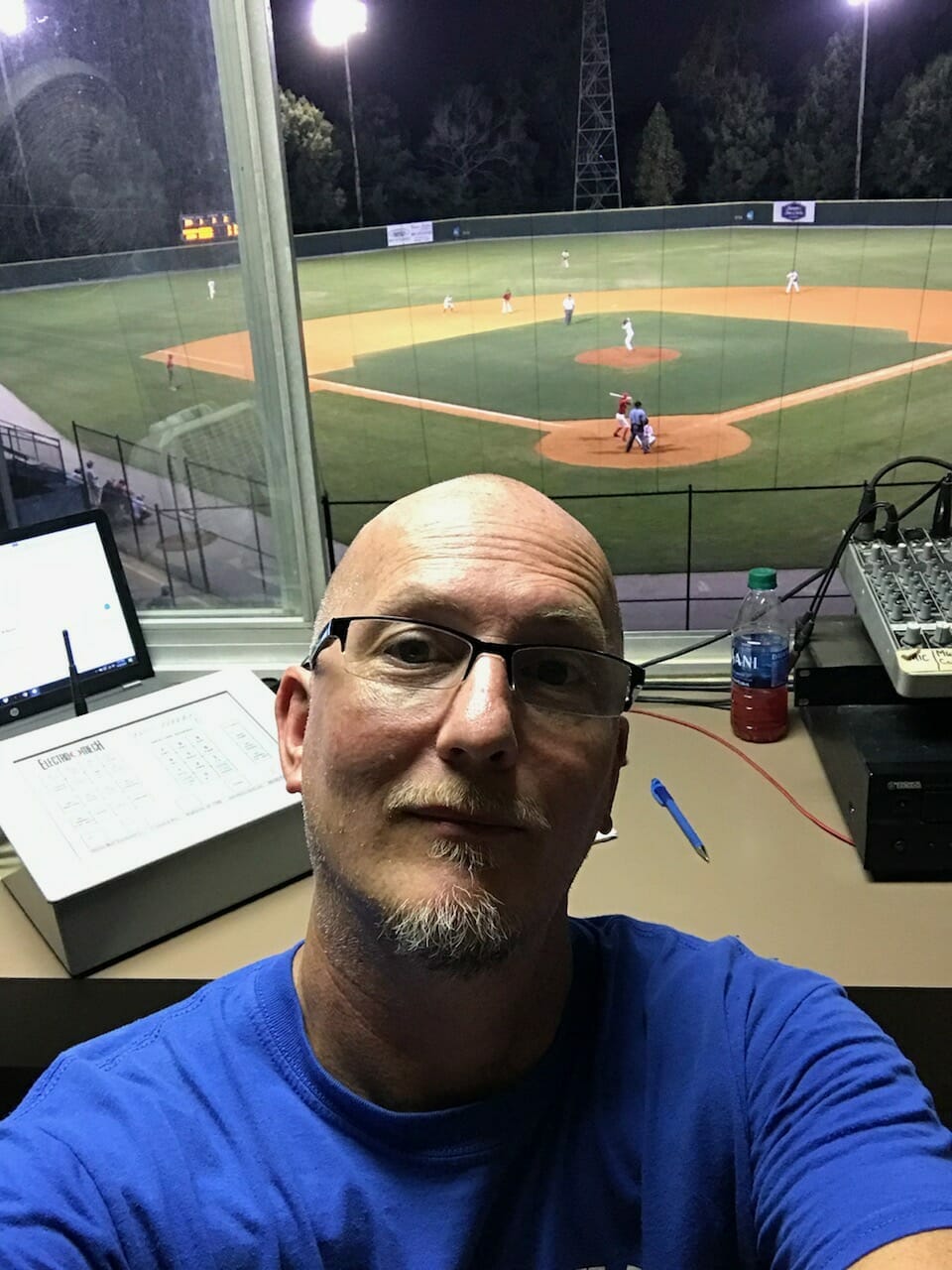 Fred, an Army brat, moved to the Midsouth in 1994. He is the stadium announcer, scoreboard operator and provides the music on gameday on the main stadium. While only personally playing 1 year of organized baseball (4th grade), Fred has spent much of the last 20 years engulfed in baseball as his two sons played from age 5 on up to the JUCO World Series.
He first sat behind a mic for the Ellendale Bears football teams in 2010 and then became the full time announcer for Bolton High baseball in 2011 to 2014 when his oldest son, Zac, played for the Wildcats. From 2015 on, Fred has been the full time announcer for Bartlett High baseball during his younger son’s, Brayden, time there as a Panther.
Beginning in 2018, Fred has been announcing at USA Stadium for competitive, high school and college games and is the primary announcer for the Southwest Tennessee Saluqis.
His Apple Music can be found under @fredmatthews for those interested in the music played at USA Stadium.
WordPress 3D Carousel